Why Concrete Cutting Solutions Are Key to Earthquake Responses 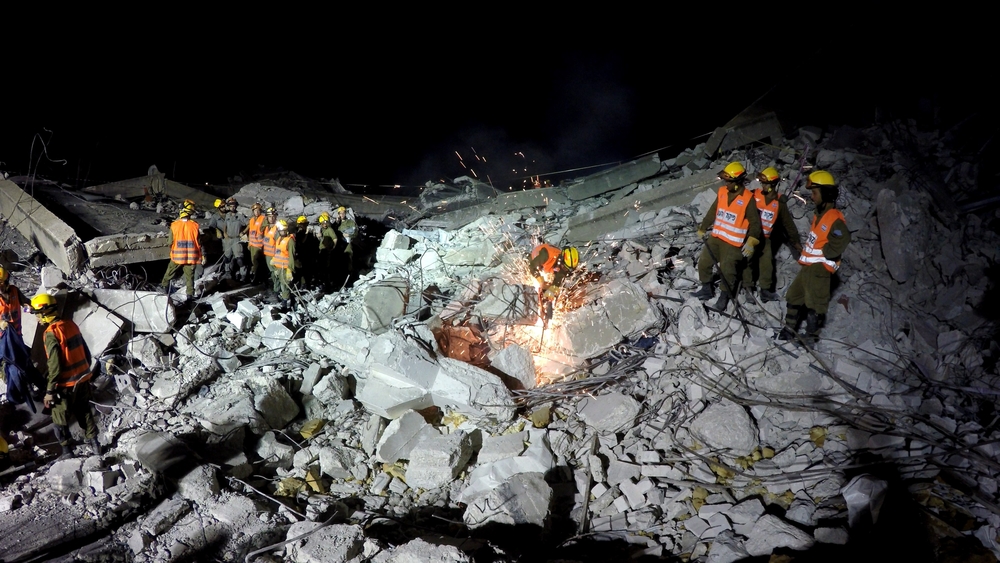 Over the centuries, thousands of natural disasters have left their scars on communities. Of the types of disasters, the earthquake remains one of the most destructive, especially in urban areas. As a result, concrete cutting solutions are a core response feature.

There can be no doubt about the degree of destruction caused by an earthquake. This destruction is most evident in urban areas, where buildings, roadways and pavements can be both seriously damaged and completely destroyed.

In Nepal in 2015, over 9,000 people were killed in one of the strongest earthquakes in recent decades, measuring 7.8 magnitude. The capital Kathmandu saw historic pagodas, churches and temples collapse, as well as multi-level office buildings in downtown areas. Secondary effects, like delayed building collapses, were a constant concern.

The 2011 Christchurch earthquake in New Zealand claimed 185 lives, and its impact on structures in the city was severe. The six-storey Canterbury Television building and the four-storey Payne Gould Guinness House were amongst the most prominent buildings to be destroyed – both built using reinforced concrete.

Why are concrete cutting solutions so important?

The only safe way to deal with such urban destruction is to break down and remove the ruins and rubble. Initial efforts are done in the immediate aftermath of the earthquake to improve safety conditions while rescue operations are in full swing. But afterward, the work continues to clear areas to allow reconstruction to begin.

Often, buildings succumb to the impact of an earthquake in the weeks, months and even years, following the disaster requiring concrete cutting solutions as part of controlled demolition strategies. For example, in the period from the 2010 Canterbury earthquake to February 2015, some 1,240 buildings were demolished, including the Hotel Grand Chancellor and the 21-storey PricewaterhouseCoopers building.

But what can concrete cutting services actually do as part of an earthquake response strategy? There are three main tasks concrete cutters are ideally suited to:

1. Creating space to operate In

With the level of destruction that typically follows a strong earthquake, it can be very difficult for rescue teams to access the disaster area. Fallen buildings create mountains of rubble, impeding essential machinery like cranes and diggers from moving to the spots where they are needed. Concrete cutting solutions address such problems, cutting pathways through the debris, allowing passage through. There may also be issues with narrow locations, where the arm of a crane does not have sufficient room to rotate. Cutters can also be used to widen the space by removing segments of ruined walls or floors. Cranes can then fully rotate to lift and safely remove rubble and other debris.

By definition, rubble is never secure. But rescue teams often have to work on top of mounds of broken bricks, concrete slabs, pillars and girders. In some cases, the remaining structures in the devastated area can be dangerously close to total collapse, and semi-collapsed floors high above the rescue operation may teeter on the verge of complete collapse. That means they have to work in conditions that are unsafe. Concrete cutting solutions also address this threat, allowing rescue teams to cut away any hazardous elements on the scene, like the shattered end of a concrete floor. In this way, the area can be stabilised, making it easier for rescue crews to concentrate on the job at hand.

A third reason for having concrete cutters on hand is they can cut through debris to get to trapped survivors. Cutting through this concrete – in a careful and strategically secure way – creates a path for rescue crews to rescue these people and lift them to safety. Where victims are concerned, it allows them to be recovered and returned to their loved ones for burial.

Concrete Cutting Solutions from the experts

Clearly, concrete cutting is a vital service in any emergency response strategy after an earthquake. With the degree of structural damage to buildings, and the tight confines of many locations, concrete cutting saws have genuine uses at the scene. But it’s not something anyone can do.

Here at MegaSaw, we have been providing concrete cutting solutions to clients throughout Melbourne for almost 40 years. We know from our own experience that professional service providers are the only safe option when handling a location covered by rubble and damaged structures.

For more on our concrete cutting services, contact us either via email at [email protected] or by calling one of our team at 1300-920-419.

Sign up for the newsletter and get updates from Megasaw